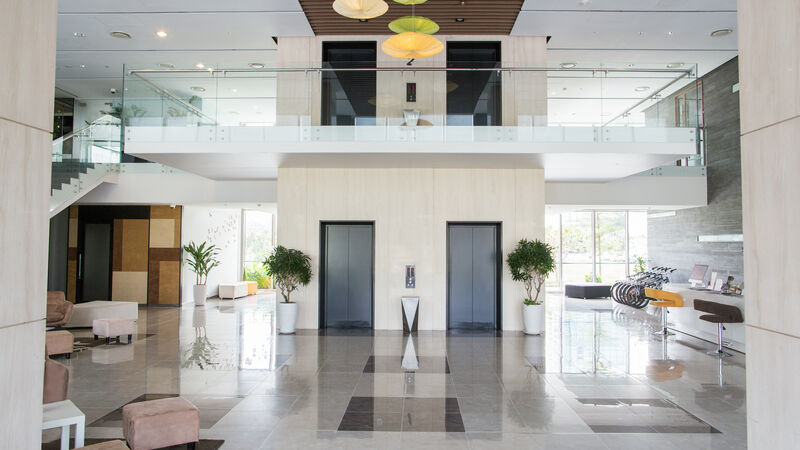 Summary
Incorporate accessibility into design early and make choices in-line with best practices to benefit everyone. Plan ahead and everyone wins.

Recently, I had the opportunity to host a webinar to a civil engineering firm on accessibility. This was the first time I hosted a webinar and the first in-depth presentation I’ve ever delivered by myself. I generally don’t have issues with public speaking, but I did find myself being more nervous than usual. I had no interaction with the audience, that is to say hearing myself talk for 75 minutes was not natural in any way, shape, or form! However, I received very positive responses, so I couldn’t have done as bad as I thought.

The focus of the presentation is what I wanted to expand upon today. I won’t go into the minutiae of construction tolerances or the differences between accessibility Standards held on a site vs held within the Public Right-Of-Way. The overarching concept I wanted to get across to this engineering firm was that when they incorporate accessibility early on, everyone wins. For full disclosure, this is not a concept I came up with. A colleague of mine, Geoff Ames, who has as much experience with physical access requirements of the ADA as anyone on the planet, explained the concept as I was producing the presentation. I just wanted to expand on his idea for you.

Design with Accessibility in Mind

When sites or right-of-ways are considered for new projects, engineers survey the sites looking for how to incorporate different systems that are integral to their designs. These systems are usually for things such as utilities, i.e. electric, gas, sewage, and planning for how water will drain from a site. Why not include accessibility in these early stages as well?

We have all seen horribly inaccessible attempts at including accessible features after-the-fact in existing buildings. They are not always bad. Yet, you will see far more less-than-usable accessible features in alterations of existing structures than you will in new construction. That is not to say glaring errors cannot happen in new construction, it’s just less common. When accessibility errors happen in new construction, it is often due to poor planning. Even the DOJ recognizes that older buildings designed when accessibility Standards did not exist cannot be expected to be made fully accessible. This concept is known as “to the maximum extent feasible.” You basically make a space as accessible as you possibly can when it’s just not possible to make it fully compliant. At best, this is a compromise that yes, does enable access, but makes access much more difficult for many more people. I like to think of the life of a structure as a continuum which starts with an evaluation of a site. Then considerations are made from the site evaluation. Followed by planning, designing, construction, the finished facility, and any alterations made after construction completed. The earlier in this spectrum that accessibility considerations can be included, the more usable a facility is going to be for people with disabilities.

Beyond facility access for those with disabilities, good design practices, such as incorporating access early on, will inevitably be easier to meet access requirements and be cheaper to build. That sounds like a win for everyone involved. When a site is just an empty lot, it has the most potential to prevent the most problems with including the accessible elements in facilities. This early phase is where the ground can be reshaped to avoid steep slopes to a building from the parking area. The parking lot can be leveled instead of following the slope that just happened to be there naturally. The location of utility hatches can be strategically separated from accessible routes. Separated ramps can be avoided all together making a common main entrance for everyone.

Aside from just planning for access sooner than later, not interpreting the stated dimensions of the ADA Standards as preferred dimensions for design will be easier to provide compliant end products. Some of the stated dimensions are absolute, like the 1.5” gap between a grab bar and the wall, but many of the dimensions in the ADA Standards are presented as a range, where no construction tolerance will be allowed. Just because a ramp is allowed to be 8.33% doesn’t mean it should be. We generally recommend designing a ramp to a 7.7% maximum to allow for error and will not lengthen the ramp substantially. Similarly, a cross-slope should be designed to 1.5% instead of 2%. If you’re a business owner and not a design professional, you now know enough to correct your architect if they have designs for your business that are riskier in terms of actually providing access. It’s like the Price Is Right, you can get close, but you can’t go over and sometimes going the lowest is the winner.