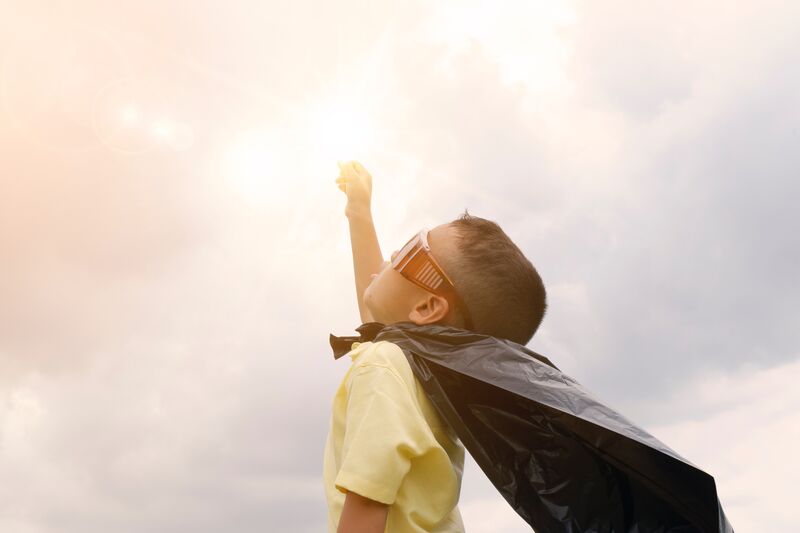 Summary
My life as a person with a Brachial Plexus Injury (BPI) in honor of BPI Awareness week.

I am a little late to the party, but October 20-26th of 2020 was designated as BPI Awareness week by the United Brachial Plexus Network. I thought I should do my part to put out information about BPI as a person who endured this at birth. I’ve mentioned my disability in past postings but have never really taken a deep dive into fully explaining it. It’s a disability that is not well known and more common than you might think, with actor Martin Sheen possibly being the most well-known person with BPI.

“BPI” stands for “Brachial Plexus Injury” and is a condition which effectively causes paralysis, either full or partial, in the arm on the side which is injured. The Brachial Plexus itself is a bundle of nerves which feed into the arms from the cervical spine. These nerves are responsible for transmitting signals from the brain to the arm, shoulders, and hands to move and vice versa for sensation. Nerves can be ruptured, severed at any point along the nerve or directly from the spinal cord, or impinged by scar tissue. The injury can occur as a result of a complicated birth or at any point in one’s life through a traumatic impact to this area.  Because there are several nerves that comprise the Brachial Plexus and multiple severities of injury to the nerves, each case of a BPI will be quite different from the next. The rate at which this occurs is around 2-3 cases for every 1000 births, which is actually fairly high. Many of these injuries are not severe enough to cause permanent nerve damage, but it is inevitable that some will. That’s what happened to me.

Shoulder dystocia is the technical term for what happened to me at birth to cause my BPI. I got stuck on the way out and the doctor pulled on my head to get me free. I was a big baby, 24” tall and 11lb 9oz born from a woman of small stature, 5’0”. My shoulders were too big to slide out of the birth canal. My mom had a risk-factor for having a large baby, gestational diabetes. The state-of-things that I have come to understand from speaking to veteran nurses is that insurance companies at the time influenced doctors to not perform C-section, which should have been the obvious choice in my birth. I have a friend whose BPI was caused by her umbilical cord being wrapped around her neck so the doctor had to pull her out of her mother quickly so she wouldn’t be strangled. Interesting way to start life, huh?

Depending on the severity of the injury, the nerve can heal to an extent, but takes 18-24 months to heal as much as it’s going to heal. One of the first signs to parents is the baby just doesn’t use one of their arms/hands. It’s not a great circumstance, and as the person born this way, I can say it’s not really that bad. But I can empathize with parents who generally show so much concern for their child. I say it’s not that bad because it’s all I know. I don’t know what it’s like to type with two hands, lift anything above my head, or turn my left palm upwards. I’ve always just focused on what I can do and figured out my own way of doing things.

Injuries that occur later in life (traumatic BPI) tend to be very different than injuries that happen at birth (obstetric BPI). I personally don’t have any nerve pain aside from a “hot-spot” above my collar bone, but traumatic injuries tend to come with considerable nerve pain which radiates from the neck. What I do carry is a lot of mileage on my “good” arm. Overuse injuries are secondary injuries from unilaterally using the body over several years. Many are caused by muscle imbalances in the back that pull the spine out of alignment or just muscles in the arm that are chronically overworked and under rested. It’s almost ironic that when you have only one good arm that you’ll eventually have no good arms. The human body was meant to be used bilaterally, so if you have that ability please be grateful for it.

In my athletic career, I have put a lot of emphasis on balancing my body as best as possible. I’ve concluded that it is my responsibility to my health to develop the under-used muscles in my back as much as possible to spare myself from chronic back pain in later life. Not only that, but to gain as much function as possible from my “bad” side for better quality of life throughout my life. I do a pretty good job, but around every 6 months or so some random pain in my right arm develops. I get treatment in physical therapy, but it’s largely on myself to figure out how to address the underlying issue. I have partial use of my arm, which has been improving since I was in high school from not ignoring the problem. I remember being so happy to wash my hair with two hands for the first time when I was 16 years old. Having a body is very much a “use-it-or-lose-it” deal, so if you have one and want to keep it running smoothly, please use it often and be grateful for the little things.

Aside from the daily practicalities of having an arm that doesn’t function properly, there is a psychological component to this disability. As a child, your world is viewed through the filter of both struggle and creativity, and your arm becomes a big part of your self-image. We tend to exaggerate in our minds how others perceive us because of our disability, which can certainly carry over into adulthood. There will also always be other children who mock anyone who looks different. Having BPI as a child is very solitary. There are no support groups or other children to interact with who are going through the same experience. Many of us grow up thinking we are the only ones in the world having to live this way. It was not until I finished college that I met another person with BPI. I have several friends with BPI now, and each time I got to know them, it was a surreal experience. Being able to freely talk about all of the daily struggles from childhood to the present, the things we live with every day that we keep to ourselves because that is also normal, created an instant bond with an otherwise stranger.

The United Brachial Plexus Network is non-profit organization which does good things for this community. Every other summer, they host a “camp” for people with this disability to congregate. I had the opportunity to speak at this event in 2019. I met some truly great people there. What I witnessed was even better, children with BPI interacting with each other. It’s a great gift for those kids to have friends their age who “get it.” If you have any interest in learning more about BPI, I’ll refer you to https://ubpn.org/. I would especially encourage any prospective parents to learn more about risk-factors and preventative measures to ensure the birthing process itself runs as smooth as possible.