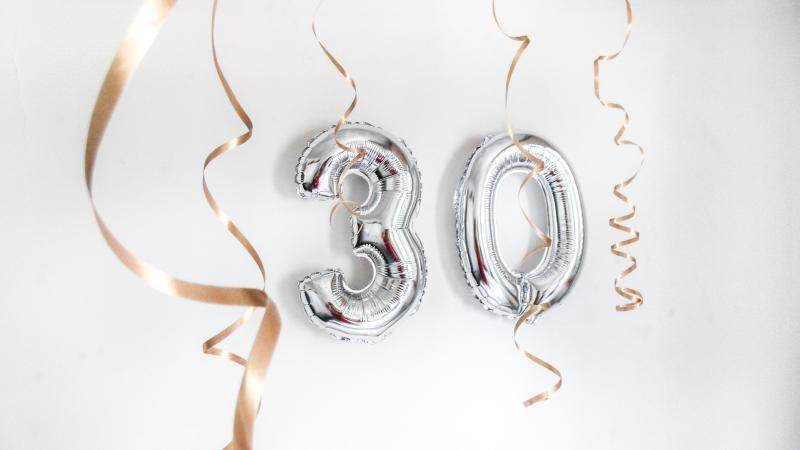 On July 26, 2020, the nation will say Happy 30th Birthday to the Americans with Disabilities Act. Since its passage in 1990, this landmark legislation has helped increase access and opportunity for people with disabilities in our nation’s workplaces and communities. The ADA was a hard-won acknowledgement that people with disabilities are citizens like anyone else, and have the right to access not just buildings, but the activities inside them, employment in community businesses, life in the community, community transportation and so much more. Or, as Arlene Mayerson put it, “The ADA is radical only in comparison to a shameful history of outright exclusion and segregation of people with disabilities. From a civil rights perspective the Americans with Disabilities Act is a codification of simple justice.”

Disability is an equal opportunity experience, one we may be born with, or acquire along the way from a health condition, the natural aging process, or an incident of some kind. The ADA, along with other complementary laws, has been instrumental in the momentous shift in the attitudes and expectations of the 61 million Americans with disabilities, their families, friends and communities.

More To Be Done

As monumental as the ADA has been, however, more remains to be done. As more information and communication move online, accessibility features must become commonplace and simple for designers to implement. Young people with disabilities must receive the support they need to transition successfully into the adult world alongside their peers. Policy and attitudinal barriers must be knocked down for the more than 60 percent of working-age people with disabilities currently excluded from the work force, so they can contribute their talents to our communities. Segregation in some aspects of life is still tolerated, and sometimes encouraged by outdated policies that must be changed. Perhaps most glaringly, considering the times we are currently living in, the needs of people with disabilities are still an afterthought in disaster preparedness and emergency response planning efforts.

2020 has been quite the year. As our nation deals with chaos in several forms, we are reminded of the importance that civil rights laws play in the lives of minority groups all across the country, including in the lives of people with disabilities. During these times, we are confronted with the reality of what happens when those laws are not upheld or enforced. Unfortunately, for people with disabilities, the witnessing of civil rights laws not being complied with or enforced is an everyday occurrence, even as we prepare to celebrate the 30th anniversary of the Americans With Disabilities Act.

The Barriers of Today

Even 30 years after the passage of the ADA many businesses refuse to become accessible, state and local government entities often do not adequately accommodate people with disabilities. Horrible events, such as mass shootings, are almost always attributed to "mental illness," and police officers all too often unnecessarily escalate situations when they encounter someone who experiences communication barriers. The needs of people with disabilities are not adequately addressed in planning efforts in a variety of arenas including housing, transportation, employment, and yes, emergency preparedness, often because people with disabilities are not included in those planning efforts.

The current COVID-19 pandemic that is ravaging our country has brought to light many of the shortfalls in emergency preparedness planning, especially for individuals with disabilities receiving home and community-based services. Initial emergency preparedness planning efforts included protocols and procedures for nursing homes and other congregate care settings but virtually nothing for individuals living in the community or the direct care workers who assist them. Further, as states prepared to deal with an onslaught of hospitalizations, many states drafted what are known as "crisis standards of care," which are the standards that dictate whose life would be saved in the event of very limited medical resources and whose lives would not be saved. These "standards of care" should be ones that are well thought through and drafted over time with the utmost care to protect the lives of all Americans. However, what we saw is that many states quickly drafted their standards of care and within them, included lower scoring for people with disabilities because of their perceived lower quality of life.

In addition to the shortfalls in emergency preparedness, the COVID-19 pandemic has also exacerbated other areas in which people with disabilities still face barriers. As businesses begin to open back up, some businesses are implementing strict protocols that may have the unintended consequence of blocking access to, or making access difficult for, people with disabilities. Examples of blocking access to individuals with disabilities include: a business implementing a one way in and a one way out protocol with the one way in consisting of stairs and the one way out consisting of the facilities only ramp, a business blocking off their accessible parking to use as "outside seating," or even a business posting inaccurate information claiming that the ADA allows anyone with a disability/medical condition to go against local and/or state face mask requirements, just because the business owner may not agree with it.

There are others, still, who gather up the precious resources of our country and use them to build structures or develop programs for the many in a way that shuts out the few. These people do not believe that disability is a part of life, but an affliction cast on those less fortunate than themselves. These people will be untouched by arguments that people with disabilities have families to support, to entertain, to travel with. Families that will not use their services or purchase their goods, if made inaccessible. They will exclude, not with hatred, but with naivety, with their belief that they are choosing not to follow an unjust law.

It is in times like these that, despite the many barriers that still exist, people with disabilities must remain resilient, must continue to educate, must pick up the torch and continue to fight…to be brave enough to continue the legacy of those who came before us. National, state, and local leaders, planners, and businesses must know that even in times of turmoil, perhaps especially in times of turmoil, that the promise of the ADA must be upheld. The promise that people with disabilities must be at the table in all planning efforts, must be included in all business decisions, and must be treated as equals in a society where we value individual freedoms and have declared that all men (and women) are created equal with the right to life, liberty, and the pursuit of happiness.

After 30 years of waiting to fully realize the dream of the ADA, it is time to say, "enough is enough!" Enough with the excuses already, governmental entities and places of public accommodation have had 30 years to become accessible to and usable by people with disabilities, to ensure that people with disabilities are not discriminated against in employment, in accessing affordable and accessible housing, in getting to where they need to go to perform errands, worship, work, or simply visit loved ones. We can do better, America. We must do better!

Because the ADA is not a cheap gimmick to tug at heartstrings, but a cloak of independence as real as those of us who grew up wearing it and those who fought so hard to get it passed. We must continue to stride into the world, determined to fully realize the dream of the Americans with Disabilities Act — our right to be citizens brave enough to demand our freedom.

This blog post was written by RMADAC Brand Ambassador Travis Hoffman. Travis is the Advocacy Coordinator at Summit Independent Living.