How Deaf people influenced the passage of the ADA 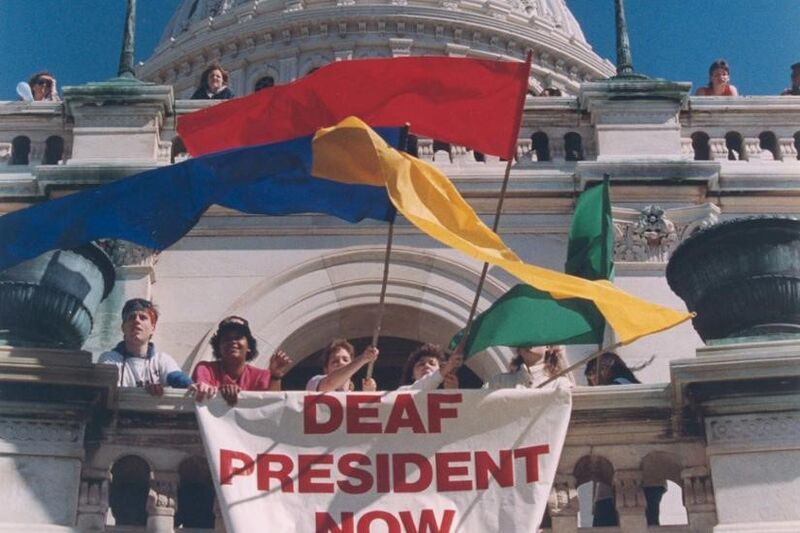 The passage of the Civil Rights Act in 1964 was spearheaded by Dr. Martin Luther King. It became illegal to discriminate against people based on their Race, Gender, National Origin, and Religion. People with disabilities were not protected from discrimination at that time.

In 1973, Dr. Frank Bowe (a Deaf man) along with other iconic Disability Rights activists got the U.S Government to pass the Rehabilitation Act in 1973 that forbade any discrimination based on disability under Section 504 of the Act. Dr. Frank Bowe has been called "the Father of Section 504" in honor of his activism.

The implications of the protest brought much attention to the "plight" of people with disabilities who were still being discriminated against. So, when Senator Tom Harkin (D) from Iowa, brought forward the "Americans with Disabilities" to the senate floor, it passed handily by a vote of 76 to 8. Senator Harkin had a Deaf brother and Harkin witnessed his brother’s frustrations, especially with telecommunications, while growing up. That might be why Title IV of the ADA covers all aspects of telecommunications. The ADA Effective Communication requirement might have been influenced in some way by Senator Harkin.

So, in a way, Gallaudet University’s “Deaf President Now” movement might have given the ADA some impetus into becoming the law of the land that prohibits discrimination against anyone based on their disability. The ADA was finally signed into Law on July 26, 1990, a good 26 years after the passage of the Civil Rights Act, and 17 years after the Rehabilitation Act of 1973. It was about time that the “shameful wall of exclusion finally came tumbling down.”

Deaf people’s contribution to the ADA did not end there as the first ADA lawsuit was filed and won by a Deaf person. That case came to be known as America's First ADA Jury Trial on a Title II ADA case. The plaintiff was expelled from the University because of her “profound hearing impairment.”

The ADA has made tremendous impact on the lives of people with disabilities, not just the United States but worldwide. The world looked on with envy that the ADA protected people with disabilities from discrimination. In December 2001, Mexico proposed that the General Assembly of the United Nations should start drafting an international convention to protect the rights and dignity of persons with disabilities similar to the ADA. The ADA served as a model from which the United Nations Convention on the Rights of Persons with Disabilities (UN CRPD) was developed. On 30 March 2007 the Convention and Optional Protocol opened for signature at UN Headquarters in New York, with a record number of 82 opening signatories.

Unlike the 5 Titles of the ADA, the UN CRPD is made up of 50 Articles which covers quite a comprehensive list of rights of persons with disabilities. In closure, we can say that the ADA has come a long way and has influenced the lives of people with disabilities everywhere!