Summary
My first interview of a series highlighting athletes with less commonly thought of disabilities.

Today’s post will be the first in a short series of interviews I am conducting with people living with disabilities whom I admire on every level. The goal of this series is to highlight disabilities that are not necessarily typical, to hopefully broaden perception of the term, and share the insight of truly amazing people I am fortunate to know. Instead of providing a manuscript of our conversation, I am going to do my best to tell you all about these wonderful people. 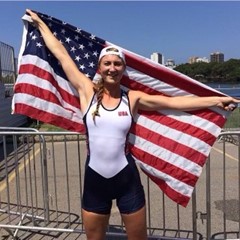 My first interview is with Dani (Danielle) Hansen of Patterson, CA. She is currently the lead athlete for a start-up company called Hydrow, which brings the outdoor experience of rowing on open water into the home for subscribers looking for improved health using a high-tech rowing machine. She describes her role as being the “hype person” to encourage people to get the most out of their workouts. Think of an instructor for an indoor cycling class, but better! She took up rowing at the University of Washington and has recently been selected to represent Team USA in her 2nd Paralympic Games in the mixed 4-person team. Dani Hansen is one person I share a unique bond with, as we share the same disability.

At a glance, you might be challenged to believe that Dani is a person with a disability. Dani is young and physically beautiful standing at 6’1” with a thin athletic build, Dani exudes “ability” more than anything else. But there is always more to people than meets the eye. Dani was injured at birth. She was a large baby at 9lbs 3oz with broad shoulders that made her get stuck in the birth canal. To complicate matters more, her umbilical cord was wrapped around her neck, effectively choking her. To save her life, the doctor had to pull on her head to get her out, which ultimately stretched and damaged the nerves feeding into her left arm. This caused permanent nerve damage, a condition called Erb’s Palsy in her left arm. Her arm was fully paralyzed, and her mother was told her child would never be able to use her left arm.

Love conquers all. In our conversation, it was immediately apparent how much credit Dani gives to her mom in supporting her throughout her life with disability. Her mom took it upon herself to help her infant daughter to move her affected arm every day, in hope that she could achieve some function of her paralyzed arm, which she eventually did. Growing up, Dani was not treated any differently from her four other sisters. Her youngest sister didn’t even understand Dani had a disability until that sister was 12 years old. Like most kids, Dani grew up playing multiple sports. She always felt that she could go to her mom when things got difficult. Her mom instilled into young Dani that she was always in control, that she never had to do anything she couldn’t but was encouraged to keep trying to figure out her own way of doing things. Her mom once told her that “everyone has their thing they are dealing with, this is yours.” Today, although she has some use of her left arm, it is still weaker, has less range of motion and sensation, is shorter, and lacks the dexterity of her unaffected arm. When she has the time, Dani will purposefully use her left arm to do daily tasks, for therapeutic reasons, even though it could be time consuming and frustrating.

I asked Dani if she thought growing up with a disability shaped her personality. She believes that because of this disability, she understands that people often carry something in the background that they have to deal with which might not be obvious.  She feels more inclined to give people the benefit of the doubt, to be a little more patient, to be more empathetic with others. She also spoke of learning to persist and persevere. Dealing with the practical consequences of nerve damage can be frustrating, as it’s often a slow and demotivating process. She learned to trust that the small, seemingly tedious efforts every day will add up to something worthwhile one day. Putting that philosophy into practice, she performed her first pushup at the age of 21. I can vouch that that is a huge moment when you couldn’t do something that so many could for so long.

I think it’s fair to say that we all want to be treated like everyone else. As children with this disability, Dani and I both learned to be perceived like anyone else. Few kids want to stand out as different if they can help it. Since joining the Paralympic movement, some people have even openly questioned Dani about her disability when they learn that she is a Paralympian. Her first thought is something akin to “good, I worked hard to blend in.” As time passes, she finds that she doesn’t care about what others think as much as she used to, and broadly realized how little what other people think really matters in her life. When asked, she never really considered herself as a person with a disability growing up, but more so as a person with adaptations. Dani does a good job of challenging the traditional notion of what disability can be and looks like.

Dani has the mindset that she can achieve a full recovery from her birth injury one day. She believes that just because someone says something is impossible, doesn’t mean that it’s true. All kinds of people have done amazing things that were once believed to be impossible. The timeline does matter as much as the process. Having Erb’s Palsy has taught Dani a lot about having self-discipline and being kind to herself. It’s obvious to me that Dani has played the cards life has dealt to her very well. My last question to Dani was if she had any message she would like to put out into the world? She replied, “We don’t have to listen every time someone says something can’t be done. It’s your body, sometimes you know better. Why not believe you can do, try it and see what happens.” It may or may not be a physical ailment, but these words can easily apply to several situations.

I am grateful to know Dani as a person who I can share a lot of personal experience with and learn from her perspective. I’m wishing her nothing but the best and to smash the Paralympic Games in Tokyo this summer! 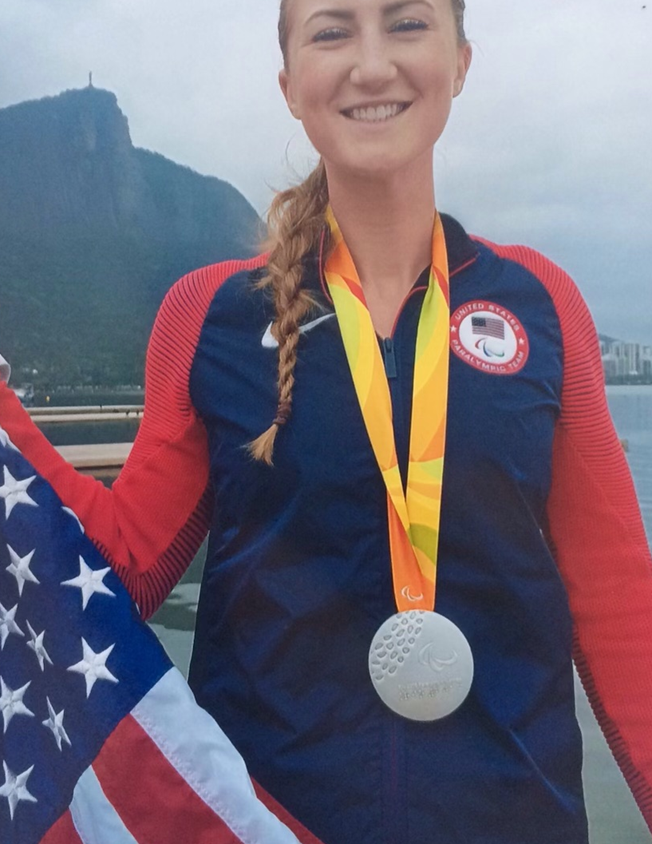