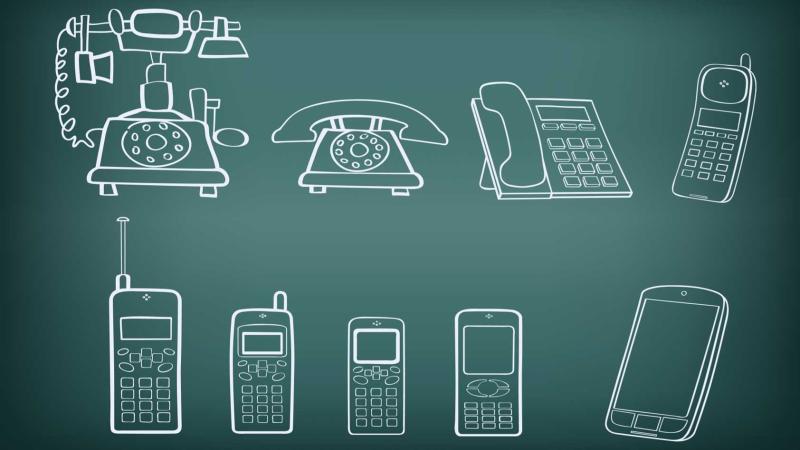 Summary
A history of telecommunications and their impact on the disability community.

My earliest experience of the telephone while growing up in South Africa, was the close bond my parents had with my neighbors. I suspect that the main reason for this close bond is that my parents are both Deaf. While the previous two sentences may appear to be disconnected, let me expand on this. Often, I would see my mother or father writing notes in a notepad before going over to our neighbors, to ask them to make telephone calls for them. These calls were out of necessity, to make appointments with doctors, banks, and utility companies as well as calling electricians or plumbers. It was when I realized that being Deaf had its limitations when it came to using the telephone. As an avid reader, I read that Alexander Graham Bell—the inventor of the telephone—was a speech therapist and had a deaf mother and a deaf wife. This impressed me as I was also Deaf, and I went to speech therapy on a weekly basis.

In 1981, a momentous event happened, our family got one of the first TTYs (TeleTYpewriters) in South Africa. I remember my father bringing home a Krown Research Porta-Printer imported from the USA. We used our new TTY to call our Deaf friends who had also purchased TTYs. It was a small device, the size of a 15” laptop. Our first TTY looked so modern and high tech at that time. In retrospect, it was quite cumbersome, bulky, and antiquated. Over time between the early 1980s and 2000, many Deaf people bought TTYs in South Africa. The downside was that TTYs could only communicate with other people who also had TTYs. We still relied on our neighbors to make telephone calls for us. This was because we still could not communicate directly with people in general. TTYs did not have text-to-speech abilities at that time. See my blog on Speech Recognition – A Game Changer from October 2020.

Let me tell you why and how the telephone was a barrier for Deaf people everywhere. Because of my love for reading and my insatiable curiosity, I was often asking why and how. When I learned about Alexander Graham Bell's work with Deaf people, I became curious about the origins of the telephone. I learned that Bell had wanted to invent a hearing aid for his mother and wife but invented the telephone by accident. Hundreds of years before the telephone, people used ear trumpets to hear better. That struck a chord with me as I had hearing aids when I was about 4 years old. These hearing aids were quite bulky being the size of a cigarette pack with two wires leading to miniature speakers that were fitted with earmolds and inserted into my ears to amplify sound.

I also learned that Samuel Morse had invented the telegraph using electricity to send messages through wires in Morse code. As a cub scout and as part of our quests to earn badges, we had to learn Morse code. Morse code had dots and dashes to represent letters and numbers. I came to understand that these dots and dashes represented how long the electric line was engaged. The dots being short moments while the dashes were slightly longer. At that time that I enjoyed watching the action filled “Spaghetti Westerns” with Clint Eastwood, Charles Bronson, Terence Hill and Bud Spencer, and others. In these films, the telegraph played a prominent role in communication over long distances.

It was because of the telegraph—using electricity— that Bell tried to invent a hearing aid to allow his mother and wife to hear. Bell’s well-known utterance, "Mr. Watson, come here! I want to see you!" was the first time that showed that Bell’s invention was able to send intelligible sound through electrical means. Bell was fortunate in that his father-in-law was wealthy and well connected. In 1875, through a financial arrangement between Bell, his father-in-law, Gardiner Hubbard and Thomas Sanders, AT&T, the American Telephone and Telegraph Corporation started. For more than a century, AT&T Corporation monopolized the telephone industry in the United States.

The telephone became the biggest barrier to the Deaf community’s employability. Deaf people were also hindered in their opportunities for advancement in the workplace. I was almost denied opportunities to gain employment twice when my interviewers asked me: “Can you use the telephone?” Luckily, my knowledge of the history behind the invention of the phone helped. I explained that Bell invented the telephone to help his mother and wife who were deaf but did not help me as a Deaf person. This answer impressed my interviewers so much that I got both jobs on the spot as the jobs that I applied for were not too reliant on the telephone.

My father told me about the Telephone Relay Service that had been in existence in the United States since 1987 in California. The Americans with Disabilities Act (ADA) passed in 1990 had 5 Titles focusing on various aspects of public accessibility in daily life. Title IV of the ADA focused on telecommunication accessibility. As a result of ADA Title IV, a nationwide system of telecommunication relay services was established. Title IV aimed to make telephone networks accessible to Deaf people and people with speech disabilities. Although the Civil Rights Act of 1964 outlawed discrimination based on Race, Gender, Religion, and National Origin, it did not include discrimination on the basis of disability. The passage of the Rehabilitation Act of 1973, outlawed any form of discrimination on the federal level. Alas, discrimination against people with disabilities continued in the United States.

The turning point was the "Deaf President Now" protest at Gallaudet University in Washington D.C.. This protest brought much attention to the "plight" of people with disabilities. So, as a result, Senator Tom Harkin (D) from Iowa, brought forward the "Americans with Disabilities" bill to the senate floor. This bill passed with a vote of 76 to 8. Senator Harkin had a Deaf brother and Harkin saw his brother’s frustrations with the telephone, while growing up. That might be why Title IV of the ADA covers all aspects of telecommunications. Both the ADA Effective Communication requirement and Title IV of the ADA might have been influenced in some way by Senator Harkin having grown up with a Deaf brother. More detail about this is covered in my How Deaf people influenced the passage of the ADA blog from September 2019.

Some of the above information appear in my previous blogs in Rocky Mountain ADA Center’s Access Granted Blog site: