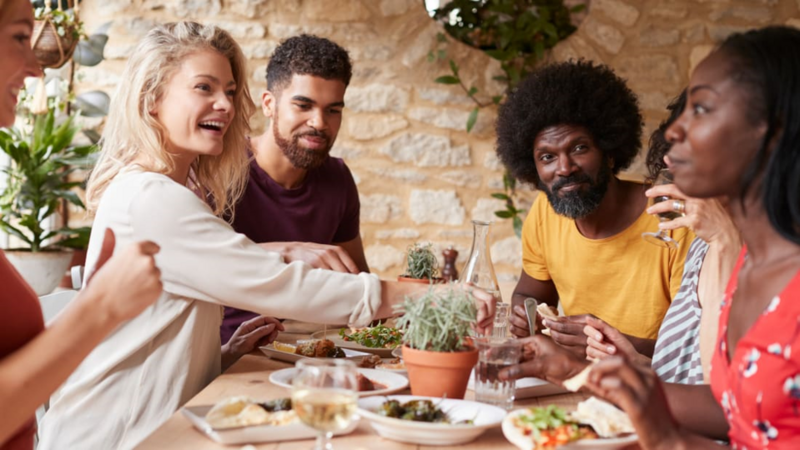 This is the first part of a two part series on the U.S. Census and people with disabilities.

In the United States, there are many languages spoken, with English and Spanish being the leading languages. One may wonder if languages are an integral part of the U.S. Census. The answer is yes. The primary purpose of the language question in the Census is to collect data about the language used at home. Statistics are also collected about the ability to speak English and how well English is understood. The reason that local, state, tribal, and federal governments collect data about language use is to ensure that their programs are accessible for those who do not speak English. Information about their programs are developed and disseminated in languages that can be understood.

There were 380 possible languages and 39 language groups listed in the United States Census Bureau’s 2015 report. “The U.S. Census Bureau has collected information about the language characteristics of U.S. residents in every decennial census from 1890 through 2000, with the exception of the 1950 census.” Checking for copies of past censuses on www.census.gov shows that language use was no longer asked in the U.S. Census in 2010. “The 2010 Census was the first decennial census to include a bilingual English/Spanish Questionnaire” and that “For the 2010 census, the long- and short-form questionnaires used from 1940 to 2000 replaced by a single questionnaire asking 10 questions."

History of the Census

Here, we need to look at the posing of the language question, and how it had evolved over time. The United States Constitution as published in 1790 marked the beginning of the decennial census in the United States. Censuses of the U.S. population have been undertaken ever since, in accordance with Article 1, Section 2 of the United States Constitution. It is worth noting that as written in the Constitution, the census will count, “whole Number of free Persons, including those bound to Service for a Term of Years, and excluding Indians not taxed, three fifths of all other Persons.”

The founding fathers determined that the Constitution should use population as the basis for sharing political power, not wealth or land. It was not until the 10th census in 1890 that language data was collected for the first time when it asked, “Can the person speak English? If not, what language does he speak?”

ASL was shown to be a bona-fide language based on linguistic conventions in 1965 after the publication of American Sign Language Dictionary on Linguistic Principles by Dr. William Stokoe, Doris Casterline, and Carl Croneberg. This dictionary, based on their research, showed that ASL was a language, independent from any other spoken language.

Using 500,000 Deaf individuals as a benchmark, based on the demography of deaf people in the United States published in 1974, more people use ASL than most of the 380 languages recognized in the census. Additionally, there are other sign languages used in the United States, such as LSM (Lengua de Señas Mexicana), LSQ (Langue des Signes Québécoise), and PISL (Plains Indians Sign Language). Such sign languages would also rank higher than other languages listed in the Census. Sign languages as a group would also have a higher rank than some of the 39 language groups.

Additionally, ASL is recognized as a world language by 45 states. The Modern Language Association ranks ASL as the third most popular foreign language studied at colleges and universities in the United States in 2013. While some foreign languages studied showed drops in enrollment between 2009 and 2013, ASL, Arabic, and Chinese showed increases in enrollment.

Accommodated But Not Recognized

On February 27, 2018, Albert E. Fontenot, Jr., the Associate Director of Decennial Census Programs issued a memo about Non-English Language Support for the 2020 Census. In this memo, the Census Bureau will provide language guides, language glossaries, and a language identification card in 41 languages including ASL. The irony is that there would be support for ASL users as a language accommodation. Yet, the U.S. Census Bureau does not recognize ASL as a language, nor sign languages as a language group.

A possible reason for the exclusion of ASL and other sign languages in past U.S. Censuses may be that the language question as posed by the U.S. Census Bureau is on the ability to speak English. The question asks census respondents if they speak English, “Very well,” “Well,” “Not well,” or “Not at all.”

This language question focused on the ability to “speak” English and not “use” a language. It is important to note that Manually Coded English (MCE) such as SEE 1 (Seeing Essential English), SEE 2 (Signing Exact English), PSE (Pidgin Sign English), L.O.V.E.(Linguistics of Visual English), C.A.S.E. (Conceptually Accurate Signed English), Cued Speech, etc. are not languages but manually coded versions of English and thus should not be included in either languages or language groups.

So, the non-recognition of American Sign Languages as one of the languages that at least 500,000 Deaf people us as their natural and primary language, may be considered to be “three fifths of all other Persons” as stated in the original wording of the constitution.