‘A White Christmas’ isn’t Jolly for People with Disabilities 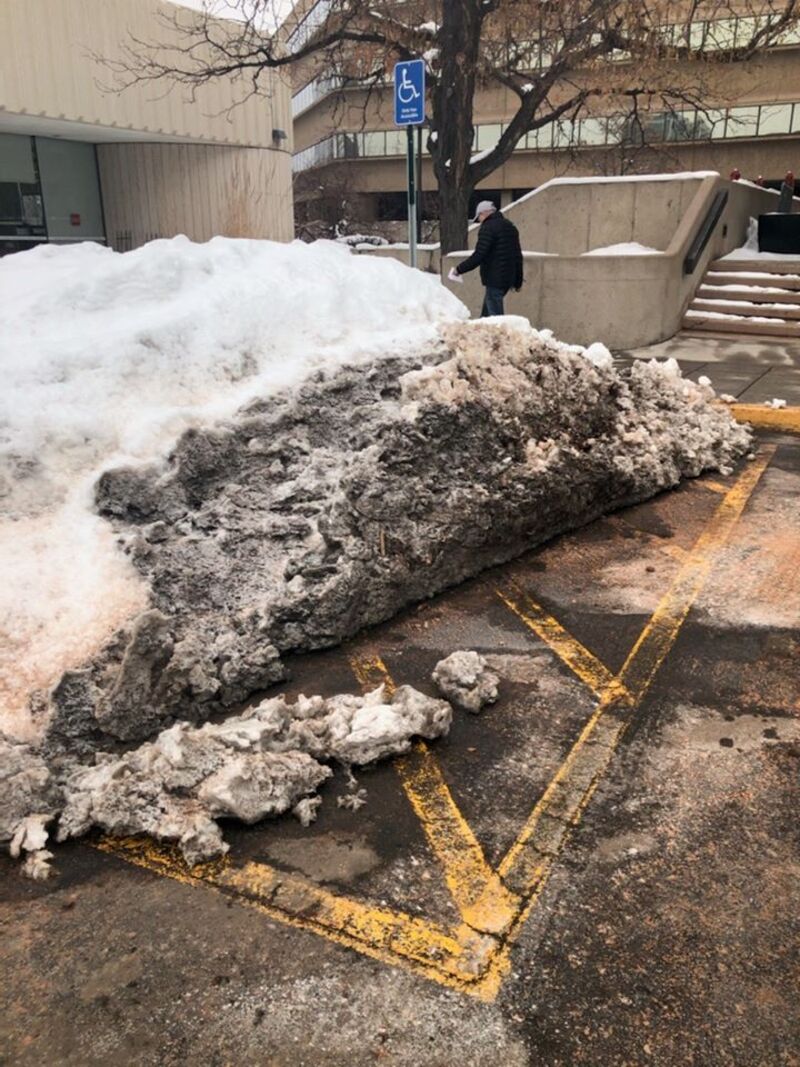 The winter holidays are my absolute favorite. I relish the opportunity to spend extra time with loved ones, give gifts and celebrate the coming of a new year. I especially love a big snowstorm when I can be cozy inside in front of a fireplace with a mug of hot chocolate. I know I’m not alone in this. For lots of people, snow brings feelings of nostalgia, playfulness or the desire to nest. For people with disabilities, however, snowstorms can represent barriers, danger and a loss of independence.

In fact, a recent Forbes article quoted one person as saying, "I pretty much avoid rolling anywhere in the winter … It is a weird kind of prison for three or four months out of the year." That might seem like a dramatic statement, but it's the reality.

It's common to see plowed snow piled up around bus stops, into accessible parking spaces and access aisles. Often sidewalks and ramps aren't adequately cleared for a person with a mobility disability to safely navigate the path of travel.

Of course, we can't control the weather and we all must endure whatever mother nature decides to give us. However, under Title II of the Americans with Disabilities Act, state and local governments have a responsibility to "maintain accessible features." If the road crew plows snow into the accessible spaces at the courthouse, those spaces are no longer usable and the courthouse could face liability for being out of compliance with the ADA. Just providing the required accessible features is not enough. They have to be maintained to the greatest extent feasible so they are functional at all times. The Department of Justice's official guidance on this states, " Although temporary interruptions in services due to bad weather are expected, alternate services should be provided if snow and ice cannot be cleared in a timely manner."

State and local governments should also realize that a great many disabled people rely on public rights of way and transit systems to conduct their lives independently. Municipalities usually take on the duty of clearing snow from streets, but rarely implement such practices for sidewalks and other pedestrian pathways.

This coming year will mark the 30th anniversary of the Americans with Disabilities Act. Thirty years later, America's disabled citizens should not feel like they are imprisoned in their homes 4 months out of the year. They should expect to be able to move about in their communities with freedom and independence. The day we can say this is no longer the reality will be the day the ADA has been fully implemented.

Sweeping systemic changes won't happen overnight, it goes without saying. In the meantime, individual citizens can make an impact by educating businesses and municipalities on their responsibilities under the ADA. We can also educate individuals on their rights under the ADA, which is information they can use as they advocate for themselves an others. Those of us filled with holiday cheer and goodwill toward others can put shovel to pavement ourselves and make the world a little more accessible.