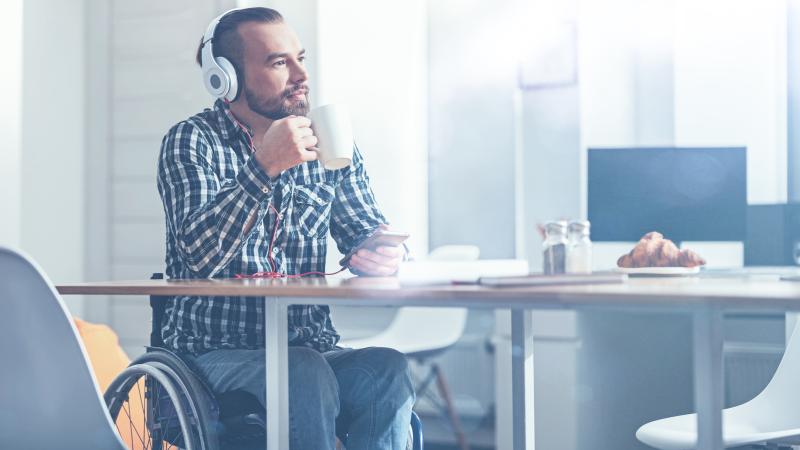 US Paralympic medalists, Chuck Aoki of Wheelchair Rugby and Mallory Weggemann of Swimming, contributed to a wonderful article which calls out a systemic underpinning of our society, that of ableism. I cannot do a better job of articulating the issue from personal experience as they can, so please follow this link and read the original article for yourself. What I’m hoping to do is expand on their words and experiences.

Ableism is a subconscious notion that the lives of people living with disabilities are inherently lesser in quality than for people who are able-bodied. My colleagues in sport highlight some experiences with people who occupy the bottom of society’s bell curve, people who are truly so ignorant they can’t imagine a person who uses a wheelchair to lead a normal life. Many of my own experiences or conversations with Paralympic teammates revolve around less emphatic displays of ableism. The phrase “You’re an inspiration” gets thrown around a lot in our spheres, but it’s rarely taken as intended because of the context it’s usually given. We all know that people mean well when they say this, but I believe I can speak for most people with disabilities when I say that I just want to live my life like anyone else.

One of my teammates on the cycling team once told me the reason he competes on his bike is because it’s something he used to love doing before becoming an amputee, that it’s an activity that makes him feel like his old self before his accident. It’s what makes him feel normal. Why should living a normal life be “an inspiration?” That’s how a lot of us take that phrase.

There are some ideals that are integral to Paralympic sport which could be seen as inspirational, but these are not exclusive to the lives influenced by disability. Hard work, determination, sacrifice are a few traits that every successful person in any field demonstrates. These are the easy qualities to assume from witnessing achievements in sport. Most of the time, the “inspiration” phrase happens in a different context, usually at the airport when a stranger reads the para sport insignia and the assumption of inspiration is based on the disability, not the person or their achievements.

More Than a Disability

I want to be recognized for my abilities, not my disabilities. I’m a pretty good cyclist, knowledgeable about the ADA, not too shabby in the kitchen, I used to be a halfway-decent musician, and I hope to be viewed as a grounded and friendly person. These are the things I’ve worked towards in my life and the attributes that make me feel good when someone else agrees. People with disabilities are much, much more than their disabilities, so it’s a shame that so many people see the disability before they see the person.

Disability is a Fact

No one asks to become disabled, and it’s rarely a choice to not accept it. The fact of living with a disability is that life will be different than to those without disability. Different doesn’t necessarily mean harder. When different is harder, it’s usually because the world was designed with the interests of able-bodied people in mind. The ADA is a law that requires most businesses and local governments to consider the practical needs of people with disabilities to have access and balances that with the resources of business and government.

The ADA is not the be-all, end-all anti-discrimination disability law some people believe it is. The philosophical goal of the ADA is to change the way we think about disability. Paralympic sport has the same goal, inclusion of thought. Recognize that getting out of bed in the morning is not an achievement worthy of praise. Being a good spouse, parent, friend, civil servant, and giving back to the community are all worthy of being inspirational, regardless of whether these people have disabilities or not. We preach “people first language” quite a bit at the RMADAC, but the real goal of all of this is “people first thinking.”