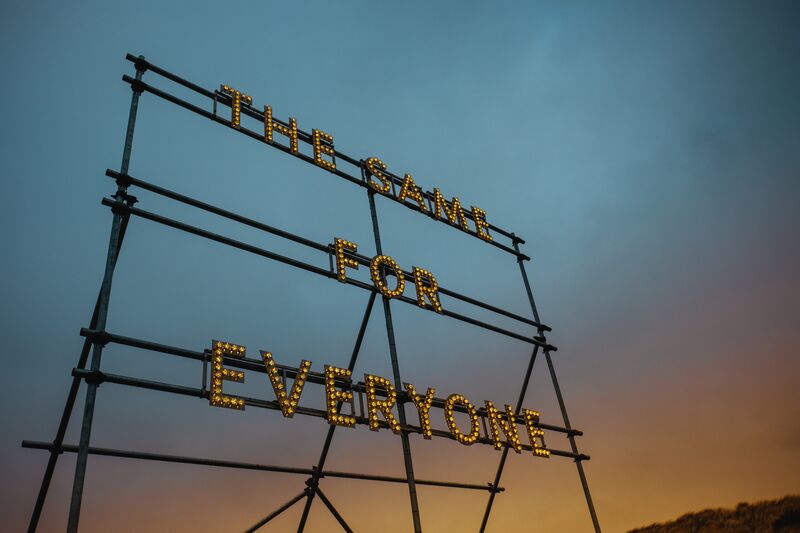 Summary
I recently watched a documentary on the disproportion of opportunity in film industry between men and women. I wanted to highlight some of the takeaways from the documentary which mirror the implementation of the ADA.

I would consider myself a student of the arts. I used to play the trombone professionally, I still dabble on piano, and I enjoy drawing in my free time. I firmly believe in the spirit of the Renaissance, where different art forms influenced each other. Painters influenced musicians, musicians influenced poets, and art and science intermingled. Just as art tends to reflect society, we can apply the spirit of the Renaissance to sympathize with the struggles of others in our culture. With that, we can reinforce our resolve to right wrongs and to stand up for equity.

I recently watched a documentary on Netflix called This Changes Everything. It was released in 2018, but I’m just late to the party. It was on a poignant topic that I wish to discuss the main points of the documentary to look at discrimination from a different perspective. Specifically, this documentary highlights the enormous disparity in work opportunities between male and female directors in the entertainment industry.

You might think “Well there’s a lot of disparity everywhere, what’s new?” or “Why does that matter?” You are not wrong if you do think that. This documentary points out a phenomenon called the “CSI Effect.” The specific aspect that occurred after the television show CSI: Crime Scene Investigation had become popular is that more women started pursuing careers in the field of forensic science. The documentary states that prior to the show, forensic science was a male-dominated field and that after the show had been around for a number of years, the ratio of men to women in the field closed in on 1:1. The show has a lead female character (Catherine Willows) as a forensic scientist, played by Marg Helgenberger. The lesson here is that representation matters. If you can see it, you can believe it and become it. But why does it matter who the directors are? Implicit Bias.

Implicit bias is something we are all guilty of to some degree. We all just have an ingrained bias that may never have been formally taught, but we carry anyway. One statistic highlighted in the documentary is that the odds of having a female director in charge of a movie production in the year 2017 was 0.5% or 1 in 200 job opportunities. That is a massive disproportion of opportunity. This inequity breeds cultural exposure to the implicit bias of male directors. Like it or not, Hollywood influences culture around the world and certainly in American society. This documentary goes a step further, where producer (and actress) Gina Davis hired Google to analyze screen time of hundreds of movies released in 2017. They found that on average, lead male characters had twice as much screen time as lead female characters. This is true even of children’s movies. The implied message is that men are more important than women.

The Equal Employment Opportunity Commission was created to ensure that employment opportunities should be fair. One’s race, gender, color, sexual preference, national origin, age, or disability should not be qualifying factors for a job opportunity. Although the EEOC was created in 1965, it still has not been able to enforce fair hiring practices in the Entertainment Industry. At minimum, 57 years have passed where implicit bias remains. With that much time having passed and literally 50% of the population being female, it’s no wonder that the ADA is still not fully implemented, “only” being 32 since its signing into law. It is extremely hard to change attitudes and this documentary underscores that fact.

I can only hope as the needle slowly starts to move on reducing any form of discrimination, that all discrimination will be diminished. Change will mean enforcing existing laws. Change will take a lot of effort from those who need it most. Change will also take time. If systematic change can be enacted, equity in society stands a chance.