The Story of a Trailblazing Teacher 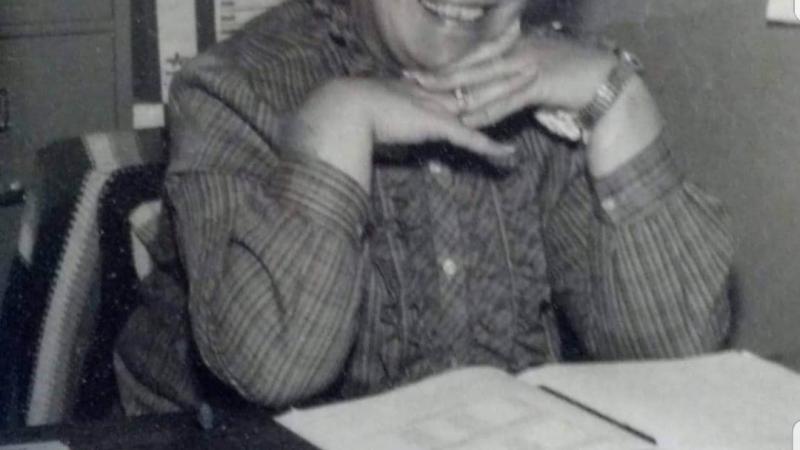 It’s hard to believe that people with disabilities didn’t have rights until the year 1990. In fact, it wasn’t until November of 1975 that the Individuals with Disabilities in Education Act (IDEA) was passed. This Act ensures that all children receive an education through special education and related services. The history of rights for people with disabilities, in the big picture, is fairly new. However, because of the life expectancy of people with disabilities, many of the pioneers have passed on. Many of the teachers that broke through disability barriers are also no longer with us. The following is a biography of the first teacher to teach disabled children in a public school in West Milwaukee in 1962.

Jayne Bjorum had been teaching K through 12 since 1942 in Ohio. When Jayne married in the fall of 1954 her husband was transferred to Milwaukee, Wisconsin. She obtained a fourth-grade teaching position in the West Milwaukee School district. She soon became well known for her abilities to help children who were considered slow or unable to learn to exceed the limits others had placed on them. In the fall of 1961, Jayne was asked if she would teach the first class of students that had severe limitations and disabilities. Many of these children had Muscular Dystrophy and Cerebral Palsy. At birth, these children had been taken from their parents and put into institutions. Many parents had begun to fight back against this segregation and the treatment of their children. The last institutions of this nature were closed just 4 years ago in California, Tennessee, and Rhode Island after being court-ordered. Jayne accepted the position and showed up for her new class at Irving Elementary School in West Allis. Jayne would also be the first teacher allowed to teach while pregnant in the Milwaukee school system, giving birth in the fall of 1962.

Jayne became fast friends with many of the parents. Finding out about each child’s home and history helped her develop a plan for each child. Jayne had a classroom of 8 children ages 5 through 18, each with their own set of challenges. Some of the children were unable to communicate. She had a way of calming them and understanding their needs. Each child needed to be taught differently. Now we call that an IEP, Individual Education Plan. Because of the severity of the disabilities her students had, Jayne also found herself attending at least one funeral a year.

Jayne wanted to further her education but there were few if any colleges in the US that offered classes on disabilities. Jayne found Cardinal Stritch College in a suburb called Fox Point. This College had developed a program for the resident nuns, who had a hard time learning and reading. They were now offering this program to be duplicated and taught as a way to help children that had learning disabilities. Jayne would go on to get her graduate degree in special education and reading.

Jayne would often take her own daughter and son to school with her when they had different days off than her. This allowed her children to interact and help in the classroom, learn about differences and abilities, and for both her classroom and her own children, to just have fun.

In 1970, When Jayne’s son, Philip, was in fourth grade, his teacher, Mr. Enters, called Jayne and her husband in for a conference. It seemed Philip was having a very hard time with writing and spelling. Mr. Enters said Philip was able to read fluently but when writing, his letters were backwards, upside-down, and just all over the place. Jayne recognized the signs of dyslexia from her classes at Cardinal Stritch. Dyslexia was not diagnosed in schools yet and there were very few resources on the disorder. Jayne and Mr. Enters took on the task of helping Philip. The question was, if it was dyslexia, how was Philip able to read so well and why hadn’t these problems shown up until fourth grade? The question was soon answered. Philip had learned how to memorize every paragraph and every lesson in his books. Up until fourth grade, writing assignments were limited. With help from his mother and his memorization skills, techniques and lessons were developed to ensure Philip’s success.

Jayne continued to develop techniques for her classroom. Soon other schools were sending teachers to observe Jayne’s methods. In 1969, Wisconsin was one of only 11 states to have a teachers union and the Milwaukee teachers decided to strike. Jayne knew there wasn’t anyone to take over her class, and in addition, her husband had just had open-heart surgery at Mayo Clinic and was not able to work. The strikes became quite violent, as the picketers yelled at Jayne and called her a scab, threw things at her and threatened her. Jayne soon needed a police escort into her class each day. Two of Jayne’s students’ parents were afraid to send their children to school, so Jayne would go to their homes after hours, deliver lessons and give hugs, so the children would know Jayne had not left them.

In 1975, Jayne and her family moved to a small town in eastern South Dakota. The Individuals with Disabilities in Education Act had just passed, and Jayne would lead the way in special education in rural South Dakota. Many students have commented wondering where they would be if Jayne hadn’t been in their lives, including Terry Geohring who is now an advisor at the prison in Springfield South Dakota. Terry said “Without Jayne, I would have been on the other side of the bars here in Springfield. She believed in me when no one else did, including me.”

Jayne passed away in 1998 from a Glioblastoma brain tumor that left her paralyzed from the waist down for nine months. All eight pallbearers were previous students, all great big men whose lives she had touched and who she believed in when no one else did.

Oh, and Jayne's son Philip earned his bachelor’s degree. He has managed Fortune 500 businesses and, most recently, oversees the school lunch program for rural South Dakota, Nebraska, and Iowa. Philip’s college roommate and best man from his wedding has muscular dystrophy and uses a wheelchair. Philip has been married 32 years, has a beautiful wife, two gorgeous daughters, and a granddaughter. Jayne’s daughter is me, Catherine Greseth, Executive Director of the Workforce Diversity Network of the Black Hills.

This blog post was written by RMADAC Brand Ambassador Catherine Greseth. Catherine is the Executive Director of the Workforce Diversity Network of the Black Hills. As we celebrate the 30th anniversary of the signing of the Americans with Disabilities Act, we invite you to learn more about the law and how it has helped people live to their fullest potential. Remember, if we live long enough, we will all have some type of disability.