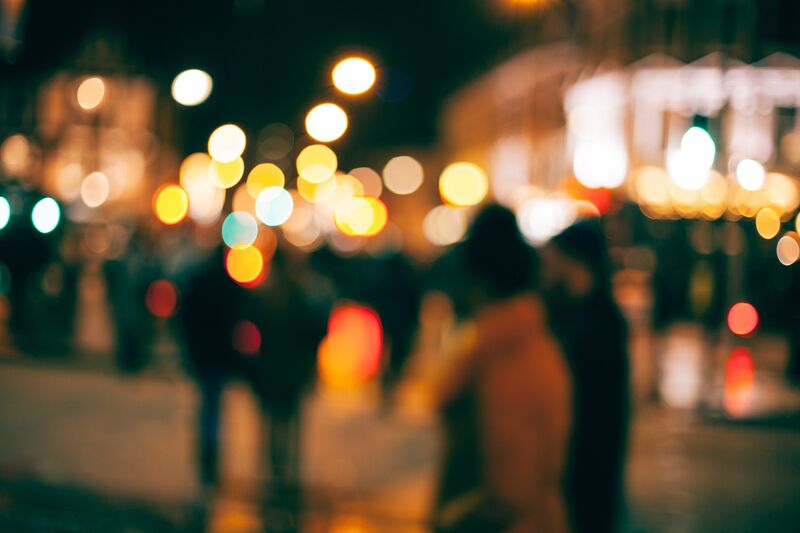 Summary
I recently performed an informal walkthrough of facilities at the Olympic and Paralympic Training Center to educate the facilities personnel. A common problem was the lack of access for people who are blind and visually impaired.

I have the privilege to train at the Olympic and Paralympic Training Center located in Colorado Springs. This facility hosts and houses a number of sports which serve to develop athletes looking to compete at the Olympic and Paralympic Games. Among the services provided for the athletes and staff of the United States Olympic and Paralympic Committee is a dining hall which serves breakfast, lunch, and dinner. After severely limiting access to these facilities during the most repressive parts of the global pandemic, the facilities are open again. You might assume that the committee would be a prime example of how to incorporate accessibility into their operations, and broadly speaking this is their desire. However, just like any other entity, they do not know what they do not know. Businesses are not required to take ADA and/or accessibility training. Facilities managers trust that architects, engineers, and contractors incorporate minimum accessibility requirements into the final outcomes. Architects, engineers, and contractors trust that their client will be aware of their accessibility obligations. Because the ADA Standards are not the same as building codes, some aspects of accessibility are often overlooked. That is exactly what happened in this case.

Since I am very familiar with the physical access requirements of the ADA I started noticing areas where the minimum compliance Standards simply were not met. When I started noticing more access barriers, I decided to reach out to the athlete support services to make these issues known. They were incredibly welcoming of the feedback I had to offer and agreed to a short walkthrough of high-traffic areas where I felt access could be improved.

We started in the restroom which serves the dining hall, which is a common place to find non-compliance almost anywhere. I pointed out that they should have an ambulatory accessible stall and that the grab bar was mounted incorrectly, making it nearly useless to someone who needs to transfer to the toilet from a wheelchair. In all fairness, I did point out how the trashcan was recessed into the wall underneath the bulk paper towel dispenser. This practice serves to act as a cane-detectable object by limiting the protrusion of the dispenser to less than 4 inches from the trashcan. This is something they got right. Objects that protrude from walls can be a hazard for people who can’t see they are about to walk into them. The Standards specify 4” protrusions from walls as the limit to what is safe. Between 27 and 80 inches from the ground is where these protrusions can’t be detected by a sweeping cane. When an object protrudes more than 4”, various treatments exist that can limit the effective protrusion to 4” from the treatment. In this case, the trashcan was recessed into the wall, but protruded within that cane detectable zone enough to limit the paper towel dispenser to no more than 4” from the lip of the trashcan.

When we stepped out into the seating area, I pointed out that there are several napkin dispensers mounted to the walls, protruding about 8 inches at elbow height. These dispensers were all “treated” accordingly with trashcan underneath. I praised the effort to address an issue but noted in this case the trashcans were not permanent. I explained that treatments should be permanent, but a policy that requires the receptacles to remain where they are might suffice. It just so happened that a triathlete was walking by who is completely blind. This athlete was able to demonstrate exactly how he navigates the crowded space using his cane.

The staff who I had shown these concepts to were very receptive and demonstrated a desire to come up with equitable solutions. I was very grateful they heard me out as my efforts were done on my own time, i.e., not part of my work at the ADA Center.

One week after this informal walkthrough, I noticed that the dining hall had started using a different trashcan which had a greater capacity. No alarm bells there until the next day. The days after these new bins were implemented, they were systematically removed from under the napkin dispensers. There were 2 reasons this breakdown occurred. The main issue is that the dining hall develops their own policies independently of the facilities manager. The people I performed the walkthrough with had no communication with the dining hall. The reason the dining hall staff did this is because it was marginally easier to change the trash bags. Without the napkin dispensers in the way, they wouldn’t have to pull the trashcans out 6 inches to change the bags. This is slightly more efficient but creates hazards for the numerous blind athletes that use the dining hall daily. They were also very receptive to going back to the original policy once I pointed it out.

The common thread in most access issues is not hostile attitudes towards disability, but an implicit bias of the decision maker and the lack of empathy around access issues. The ADA Standards are not building codes. The Standards don’t cover moveable furniture, but entities assume they are ADA compliant when their facilities meet building code requirements. This is not true. Many businesses have called our offices because they were being sued even though they passed the inspection of the building code official.

When we can take a moment to think about how other people live, we have the opportunity to grow as individuals. We can then make choices more in line with the greater good.