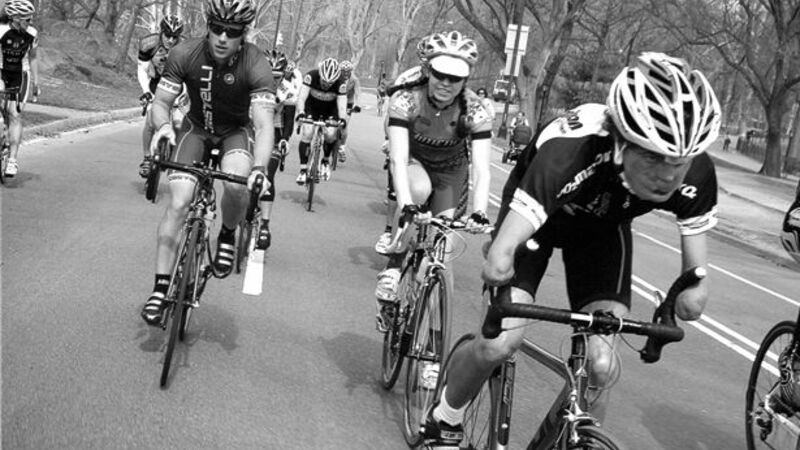 Summary
Being called “inspirational” isn’t always taken as a compliment. It can have the opposite effect on an individual.

Some house keeping that I can’t avoid is updating about my recent competition in Tokyo, although that is not what I want to focus on for this post. I ended up placing 5th in my best event, which was a huge disappointment for me. I was 0.3 seconds from being on the podium, which I believe I was more than capable of doing. To be perfectly honest, I had a bad day on the bike and missed my opportunity to show what I’m capable of doing. Having had ample time to consider what could have been, I do believe there were several factors beyond my control that contributed to my performance. Life goes on, and I did my best to enjoy the remainder of my experience in Japan.

What I want to talk about today is a subject I’ve struggled to put into words in the past. When it comes to people with disabilities, the term “inspiration” is often used to describe people who participate in sport. While I cannot to speak on behalf of every athlete with a disability, I did want to expose a topic often discussed in the disabled athlete subculture. Being called “inspirational” isn’t always taken as a compliment. It can have the opposite effect on an individual. But how can this be? The narratives in the media about people overcoming obstacles to accomplish athletic feats is ubiquitous in praising these individuals as inspirational. I do agree with that sentiment, but the context is what makes the difference. Much of the time, the term “inspiration” is thrown out without any information to back up the intended compliment. I’ve had many teammates speak about how the word is thrown out after incidental conversation with a stranger at an airport, just after explaining that they are an athlete with a disability. Why have a problem with that? Let’s talk about a couple things that might help explain why.

For many athletes with disabilities, we use sport to feel normal. Lots of people ride and race bikes, so why shouldn’t I? For many of my teammates, riding a bike was something they did prior to acquiring a disability. Since their lives changed so much, it’s a way to connect to their former self identity. Riding a bike is a normal activity that gets their minds off daily stress and improves their physical health. We ride bikes to witness the beauty of our communities and the world if we’re lucky enough. I personally fell in love with riding a bike because it’s an activity that doesn’t remind me all the time that I have disability. Yes, my disability does make bike riding more complicated than if I did not have one, but when I’m cruising up a mountain pass or going all-out on the track, I feel a sense of freedom that I’ve never experienced playing traditional sports. I feel normal riding a bike. A lot of us don’t see why doing a normal activity should be inspirational. Not to be overly cynical, but I’ve heard the original situation paraphrased to “You have a disability, and you get out of bed in the morning? What an inspiration!”

The fact is that living with a disability is an unavoidable truth of life for many people. What is the other option? Not living? Getting around in life with a disability shouldn’t be inspirational because we should really be making society inclusive for people with disabilities in the first place. The barriers that have been systematically in place should be systematically dismantled, including outdated attitudes about disability. This is the very intent of the ADA. Let’s remove the barriers and start to see people with disabilities as normal people, as a society. Let’s give everyone with a disability the opportunity to be seen in our communities. The root of the issue many have with being called an “inspiration” is that it often comes from an ableist mindset.

I’m not saying we need to cancel the word “inspiration.” I am advocating that we use it more judiciously. If someone expresses that they are disabled and participate in activity X, use that as an opportunity to ask more questions about the person. In doing so, you’ll learn details about this individual and can offer a more honest compliment that is more likely to be taken well. These people need not be limited to athletes, as people with disabilities do many important things for our society. In fact, I might suggest an alternative phrase.

Damian Lopez, a cyclist from Cuba, was electrocuted as a child which necessitated that both of his forearms be amputated and left his face disfigured. More recently, he was hit by a car while training and had his right leg removed above the knee. Damian is a badass. I don’t see him as inspirational just for competing. We, who compete, are a larger community than most people realize. I do see him as a badass for getting up every time life knocked him down.

The truth is that everyone has a story to tell, and it’s just more obvious when it’s people with disabilities. It’s not often that feel-good stories in the media actually inspire people to make positive changes in their lives. I think calling them a badass is more accurate. It’s a recognition that they have accomplished truly difficult things. Let’s normalize people with disabilities participating in everyday life and recognize their accomplishments for what they are.