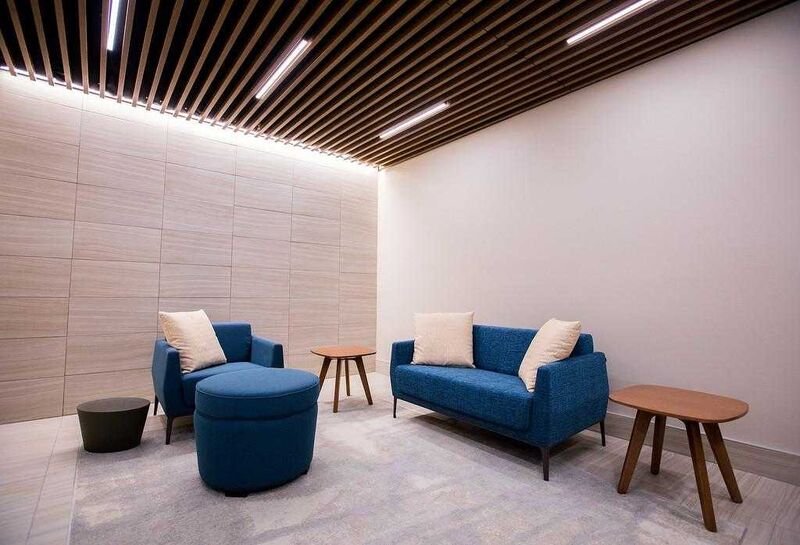 Summary
It's imperative, and federal law, for airports to offer lactation spaces for travelers. The availability and demand has increased over the years, but there is still room for improvement. Download the full guide.
Body

It has been well established that there are multiple benefits of breastfeeding/chestfeeding/lactating including health, nutritional, immunological, developmental, psychological, social, economic, and environmental2 ,2.  Infants receive a multitude of benefits from human milk including resistance to infectious diseases, enhanced immune system, nutritional and growth benefits, and reduced risk for chronic diseases1,2.  In addition, mothers who breastfeed/lactate often experience improved health and socioeconomic benefits1,2.  While breastfeeding is often associated with women who are the biological mother of the child, it is important to recognize all the potential identities of breastfeeding/chestfeeding/lactating parents.  Creating inclusive lactation support resources for all identities is a critical component of successful outcomes for parents and children.  Social identities, including gender identity, sexual orientation, relationship status, parenting status, race, class/socioeconomic status, ethnicity/culture, religion, ability, age, size, among others, may create barriers to accessing lactation support.  Note that at times in this paper, that the term “woman/mother” is used when the research is specifically gathered on that term, but the author is inclusive to all who choose to breastfeed/chestfeed/lactate.

In the United States, state and federal governments have acknowledged the many benefits of breastfeeding/chestfeeding/lactating, as well as the barriers.  Legislation and policies have been developed and implemented to address these barriers5-8.  The federal government enforces specific legislation and policies that states must abide; however, each state can have its own laws and policies regarding lactation support.  It should be noted that when comparing federal and state workplace accommodation laws, some states offer greater provisions than federal laws.  Therefore, the law that offers the most support is the one that should be followed6,7.  Forty-seven states, along with the District of Colombia and the Virgin Islands, have laws specifically allowing women to breastfeed their children in a public or private setting6,7.  For more information on specific state lactation regulations, please visit:  https://www.ncsl.org/research/health/breastfeeding-state-laws.aspx#Fed.

In 2014, Haight and Ortiz8 conducted a needs assessment of the top 100 passenger volume United States airports to assess their lactation support.  Eight of the 100 airports interviewed offered a private space other than a bathroom with an electrical outlet, table, and chair.  Two of the eight spaces were outside of the post-security area, so once individuals passed security, they could not use these areas.

Twenty-five respondents (25%) considered the gender-inclusive, family, or female restroom as a lactation room8.  It should be noted that it is not recommended to express milk or feed one’s infant near a toilet as bacteria has been shown to linger in the air for up to 4 to 6 hours after flushing9.  Even though most of the airports were not considered “lactation friendly”, 62% of the respondents answered that they were8.

Because of this research and other experiences of concern, the Friendly Airports for Mothers (FAM) Act was introduced10.  The FAM Act required all medium and large hub airports to provide a private, non-bathroom lactation space in each terminal building.  Representative Steve Knight (R-CA) and Senator Tammy Duckworth (D-IL) introduced the legislation in their respected areas.  On October 5, 2018, President Trump signed into law H.R. 302, the Federal Aviation Administration (FAA) Reauthorization Act of 2018 which included the provisions of the FAM Act.  The FAM Improvement Act extends the FAM Act’s requirements to small hub airports and was endorsed by over 85 professional and public health organizations.  This legislation was signed into law in 2020.  Medium and large airports must comply with the new law by FY2021.  Small hub airports must comply by FY2023.  Airports must “(a) provide a location for members of the public to express breast milk that is shielded from view and free from intrusion from the public; (b) has a door that can be locked; (c) includes a place to sit, a table or other flat surface, a sink or sanitizing equipment, and an electrical outlet; (d) is readily accessible to and usable by individuals with disabilities, including individuals who use wheelchairs; and (e) is not located in a restroom” 10.  While the law was being implemented, a study by Lee and colleagues11 analyzed available website data in January 2019 to identify existing lactation facilities in United States Airports.  Their analysis found that 77% of the 130 original airport website sources have information on their lactation spaces.  The three regions with the most information about their lactation spaces on their websites were Eastern (13%), Great Lakes (15%) and Southern (18%)11.

The main purpose of this rapid response report was to answer the question, “how are airports implementing accessible lactation areas?”.  Table 1 displays the airports impacted by the FAM Act and FAM Improvement Act located in the Rocky Mountain ADA Center, Region 8 – Colorado, Montana, North Dakota, South Dakota, Utah, and Wyoming – and information regarding their lactation spaces, and accessibility comments.  Note that not all airports are listed from each state because they are not considered a small, medium, or large hub.

Please download the full report to view the tables

To ensure all breastfeeding/chestfeeding/lactating individuals continue to meet their own personal lactation goals as well as meet national goals, it is imperative to offer lactation spaces in airports while traveling. It is also federal law. The availability of spaces for individuals to breastfeed/lactate/provide human milk to their infants has increased over the years, but there is still room for improvement. Several airports in the Rocky Mountain ADA’s Center, Region 8 did provide a space, but it was unclear on the airport’s website if the space was accessible to individuals with disabilities. More information needs to be available on airport websites regarding where their accessible and inclusive lactation spaces are located.

In addition, some spaces were only available pre-security (when most of one’s time at an airport is spent post-security), and others were in restrooms. Both situations are against federal law and do not provide the access and sanitary methods that are required. In addition, in a medium or large airport hub, are two or three lactation spaces enough to meet the needs of all parents? The Mamava Lactation Suite offers an excellent lactation space for airports. They can be moved throughout the airport, provide a private and safe space, are accessible by an app on a phone (however, one would need to have access to a Smart Phone), feature suite support and tracking use from the Mamava company, and a Braille sign can be added to the outside of the suite door for an additional cost. However, there is the overall cost of a Mamava Lactation Suite that needs to be considered.

Please download the full report to view the tables